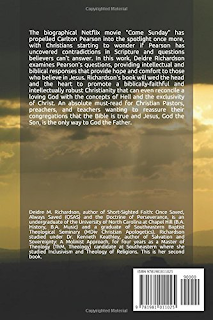 It is a blessing to be able to return to The Center for Theological Studies (CTS) to make yet another announcement.

I have partnered with Amazon to offer a free Kindle book giveaway on three of my four published books. The titles are as follows:

1) Lydia's Heart: The Case for Prevenient Grace (an informal Arminian theology that argues for resistible grace)

Remember, as I said above, only Kindle Books on the above three titles are free. As for paperback versions of these books, I have discounted the books to "at cost" -- meaning I'll make next to nothing on the sales. Amazon will get the profit. I get the satisfaction of seeing folks pick up copies of books to aid them on their Christian journey. Lydia's Heart: The Case for Prevenient Grace, a book I published on December 15, 2018, has been discounted from $22.50 to $14.50. Of the new discounted cost on the book, I'll only see a profit of 50 cents. Literally. I'm THAT determined to get books into the hands of those who've been wanting the titles but are paralyzed financially right now and have bigger financial problems to worry about.

The Amazon free book giveaway starts today, April 18th, and goes through SonRise Sunday (April 21st, known to many as Easter) to Monday, April 22nd. The giveaway lasts only 5 days, so don't put off tomorrow what you can pick up today.

Write back and let me know if you've picked up any of these three books, and the titles you downloaded on Kindle. If you decide to purchase the paperbacks, let me know which titles.

I look forward to hearing about your purchased titles. If I can be of service, please feel free to let me know.

Prevenient grace is a topic that seems to be relegated to the field of scholastics with regard to theology. It isn’t taught, preached, or pondered much these days in typical bible studies and church discussions, but that could soon change.

Pastor D.M. Richardson, the shepherd of internet-connected The Essential Church and author of books Short-Sighted Faith: Once Saved, Always Saved (OSAS) and the Doctrine of Perseverance, Doctrinal Deception: Responding to Carlton Pearson’s The Gospel of Inclusion, and More Doctrinal Deception: Bishop Carlton Pearson’s Inclusion, Further Examined, is back with a book regarding prevenient grace. Titled Lydia’s Heart: The Case for Prevenient Grace, the book uses well-known biblical doctrines to assert that the grace of God that goes before faith (as taught in Ephesians 2:8-9) is resistible in nature, not irresistible. While prevenient grace isn’t a term one finds in the Scriptures, it can be inferred. For example, the word Trinity isn’t found in Scripture either, but it is inferred based upon Scripture’s mention of “Father,” “Son,” and “Holy Spirit.” Grace is mentioned, but “prevenient” is an inference (“prevenient” means that it goes before something; grace goes before faith).

Richardson draws from a number of well-known biblical doctrines that Baptists, in particular, would find encouraging, such as the idea of infant grace (that is, every infant is born in a state of grace). Infants have “angels in Heaven,” Jesus says in the Gospels, a statement that doesn’t set aside some infants for salvation and others for damnation (a statement John Calvin held in high regard). A chapter titled “The Good News About Hell” shows that Hell is a choice for humans, who were not created for Hell. Hell exists only for the Devil and his angels, though humans can choose to enter this dreadful place through rebellion against God and sheer unbelief. Hell wasn’t created for a single human person, meaning that Calvin’s Doctrine of Reprobation is not only distasteful but also highly unbiblical. Richardson also tackles the Doctrine of Atonement regarding God’s universal love for the world as a whole, not just some in it.

The main heroine of the book happens to be Lydia, the God-fearer and worshipper whose heart and mind was opened to the revelation of Jesus Christ in the gospel message, preached by the apostle Paul. This is the center of the book, and Richardson saves the best for last — with the title chapter as the last chapter (chapter 7). 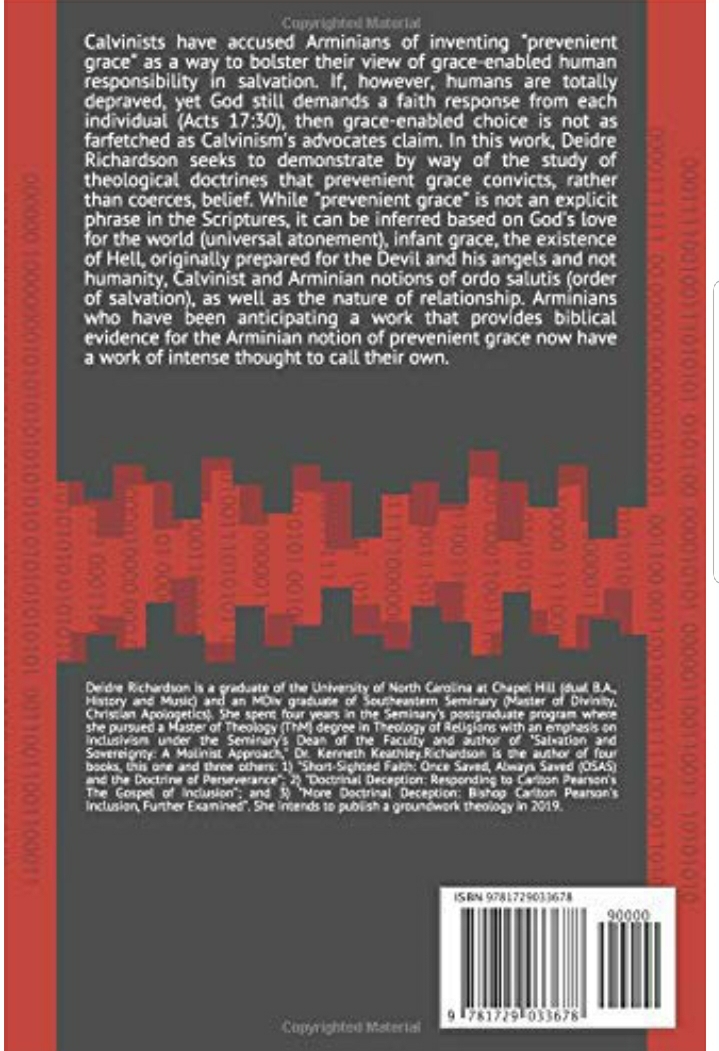 Richardson says that she has written such a book because of Calvinism claims that prevenient grace doesn’t exist but is an Arminian concoction to bolster the Arminian view of human depravity. “There aren’t different views of human depravity in Calvinism and Arminianism,” Richardson says. “All depravity is the same. Calvinists and Arminians led by James Arminius, the founder of Arminianism, both believe that man can do nothing meritorious of himself and is incapable to do any good apart from the aid of divine grace. The notion of prevenient grace within Arminianism is an acknowledgment, not a denial, that man needs God’s grace to respond in faith. It’s grace-enabled responsibility at its finest.”

Pastor D.M. Richardson, apart from being Founder and Pastor of The Essential Church, is also an undergraduate of The University of North Carolina at Chapel Hill, having received baccalaureate degrees in History (Modern Europe) and Music (Performance) in 2006. Since then, Richardson has gone on to graduate with a Master of Divinity degree in Christian Apologetics from Southeastern Seminary in 2011. She entered the seminary’s postgraduate, Master of Theology (ThM) program for four years after receiving her MDiv, studying under the Seminary’s Dean of the Faculty and Salvation and Sovereignty: A Molinist Approach author, Dr. Kenneth Keathley.

You can pick up your copy of Lydia’s Heart over at Amazon.com. Both Kindle (digital) and Paperback versions are currently selling at the low price of $15 through January 15, 2018. You can preview the book at the link below.

Richardson has more work in store for 2019: among it, a groundwork theology and an introduction to theological systems in salvation (soteriology).