"The Truman Show": An Introduction 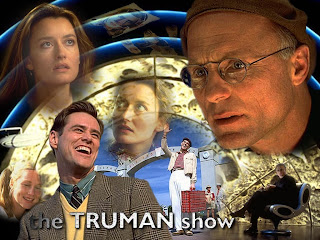 Interviewer: “Hello, caller from Hollywood, California, you’re on the air.”
Sylvia (caller): “I just wanna say to Christoff that you’re a liar and a manipulator and what you’ve done to Truman is sick.”
Christoff (show producer, responding to Sylvia): “Do you think that because you batted your eyes at him, and flirted with him, stole a few moments on the set to thrust yourself and your politics at him, that you know him? That you know what’s right for him? That you are in a position to judge him?”
Sylvia: “What right do you have to take a baby and turn his life into some kind of mockery? Don’t you ever feel guilty?”
Christoff: “I have given Truman a chance to lead a normal life. The world, the place you live in, is the sick place. Seahaven is the way the world should be.”
Sylvia: “He’s not a performer, he’s a prisoner. Look at him. Look at what you’ve done to him!”
Christoff: “He can leave at any time. If his was more than just a vague ambition, if he was ABSOLUTELY DETERMINED to discover the truth, there’s no way we could prevent him. I think what distresses you, caller, is that, ULTIMATELY, TRUMAN PREFERS HIS CELL.” (caps mine)
Truman Burbank is an unwanted child, “elected” (words of the show interviewer) amongst himself and five other unwanted children, to be the main character of a 24-hour-a-day, seven-day-a-week television show. He was the first child, the producer Christoff said, that was adopted by a corporation. He is raised with cameras before him even while he was still in the womb. From his pre-birth life, Truman grows up surrounded by cameras with viewers from around the world watching his every move and action. Truman is taped every moment of every day with no interruptions (not even commercials). And all the while, the rest of the world is watching him...including the show producer named “Christoff.”
And yet, there’s a problem...Truman doesn’t know the world that he’s in; in other words, he doesn’t know that he’s spent his entire life on the set, on a stage. He thinks that Seahaven (the name of the “stage” place where he lives) is the real world and that there’s nothing beyond what is visible. However, Christoff, the show producer, does. He knows every single action of every single second of the day. And before he sleeps at night he comforts himself by checking in on Truman asleep. 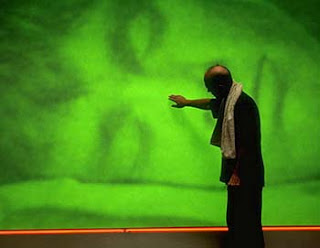 In the above quoted scene from the movie “The Truman Show,” we find Sylvia (once a part of the cast and a like of Truman’s) calling out Christoff in public airtime about how much control he has over Truman’s life, how he has deceived Truman about the nature of reality.
What is Christoff’s [who plays “Christ”] response to Sylvia?
“I have given Truman a chance to lead a NORMAL life. The world, the place you live in, is the sick place. SEAHAVEN IS THE WAY THE WORLD SHOULD BE.”
But what is Seahaven, really? Seahaven is a place where everything is fake and nothing is real; however, there is no misery, no worries, no tragedy, no sorrow. In Christoff’s mind a world with no sorrow and tragedy seems to be “the way the world should be.” But a world such as that [the ideal] is a world where no freedom exists, where everything is controlled and there are no choices to be made, no deliberations, no genuine intelligent decisions on the part of human beings. It is a world in which everything is determined. It is a world that seems to “diminish” Truman’s determined choices even more. 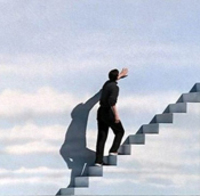 Sylvia’s last response challenges us to think about the character of God toward man: if such a God exists (I don’t think Christoff demonstrates what God is really like), then is man an “actor” in the divine drama?...or is he a “prisoner” in the divine penitentiary? Must God rule “with an iron fist” in order for man to “remain in his place”? It seems that, if God has to remove all genuine choice from man at all, then He is not the Sovereign God of the Bible---rather, He is really just a “manipulator” (Sylvia’s label of Christoff)...or else He’s a scared Parent/Creator who is afraid that His human creatures may “escape” His clutches. This is the God that Christoff plays in the movie...however, this God cannot (and does not) exist in reality. If He does, then I applaud Truman for throwing "Christ off" (a play on the name "Christoff")---I myself, would do the same.
I will deal more with this movie in posts to come.
Posted by Deidre Richardson, B.A., M.Div. at 2:21 PM

Wow. Great job. You truly have a gift of writing sister. Thanks for using it to exalt Christ and not the world.

Thanks a bunch. Your support here at CTS means the world.

I'm glad you're liking the "Faith and Film" section I've started. Tune in tomorrow: there will be more done on "The Truman Show."